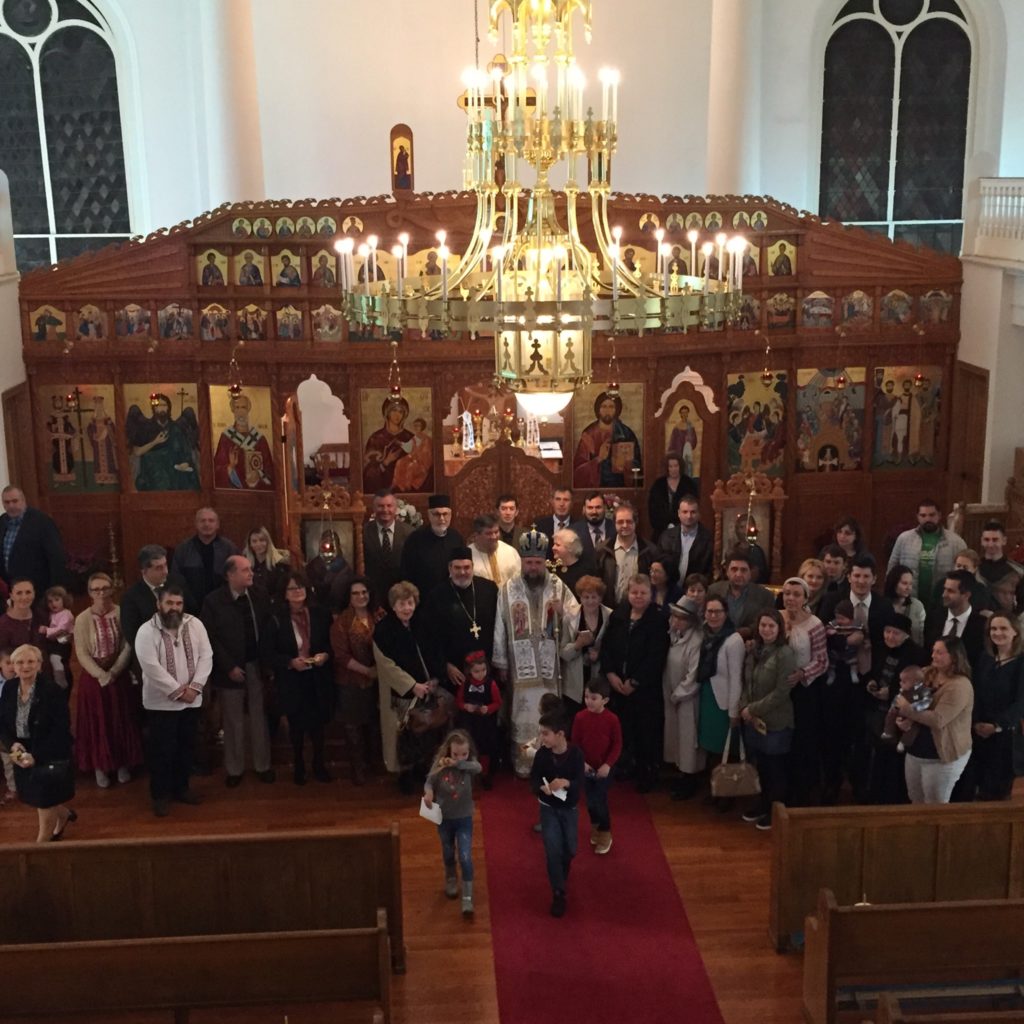 On June 20, 2021, Pentecost Sunday, His Eminence Archbishop and Metropolitan Nicolae was the guest of honor at the Romanian Orthodox Parish of the Holy Trinity in Philadelphia, PA. He led the celebration of the church’s feast day and the retirement of Father Professor Nicolai Buga, the parish priest.

The event we are referring to had actually begun the day before, Saturday, June 19, when an impressive number of priests from the Eastern US Deanery, headed by Dean Daniel Adrian Ene, the Secretary of the Eparchial Council, came to Philadelphia to bid farewell to Fr. Buga, one of the Archbishopric’s most senior priests

On Pentecost Sunday, His Eminence Metropolitan Nicolae, presided over the group of clergy celebrating the Divine Liturgy.  We were honored to have Fr. Gregory Winsky, former pastor of St. Michael (the Archangel) in Philadelphia, serve this holy service alongside both parish priests, Frs. Nicolai and Timothy, and Dn. Bogdan.

His Eminence preached a sermon on the significance of the Descent of the Holy Spirit. Commenting on the second chapter of the Acts of the Apostles (written by the Holy Apostle Luke), His Eminence showed us how St. Peter the Apostle’s Pentecost message was one of unexpected courage. Like his fellow apostles, he had remained in hiding for fear of the Jews but was now emboldened to tell the Jews arriving in Jerusalem from all of Palestine and the diaspora that they had crucified the Messiah whom they had been waiting for. The power of his words penetrated the hearts of many Jews who had been inquiring what they too could do to be saved. They too would be baptized and added to the Church’s members.  His Eminence explained that we as well should be asking these questions of ourselves; that we should always remember that at that moment, on Pentecost, the Church of Christ was founded; that from that time onwards the Church offers each person the possibility of salvation and entry into the Kingdom of Heaven. We find the answer to the question of how we too are to accept the gifts of the Holy Spirit in the teachings and practices of the Holy Church. For 2000 years, Sunday after Sunday, following in the footsteps of the Apostles, bishops and priests, we have been celebrating the Divine Liturgy in which we are called to cleanse our souls through the Mystery of Confession, that we may then partake of the Body and Blood of the Lord, and that likewise we too may sing: “We have seen the True Light! We have received the Heavenly Spirit! We have found the True Faith! Worshiping the Undivided Trinity, Who has saved us.”