Holy Trinity Romanian Orthodox Church was designed by famous neo-classical architect William Strickland (1788 -1854), one of the founders of the Greek Revival movement in the United States. Thus, St. John’s/Holy Trinity is now Strickland’s oldest surviving building, and the first of the only two churches he has built in Philadelphia. The other one is St. Stephen’s Episcopal Church (1822-1823), at the intersection of Tenth and Market. 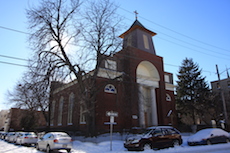 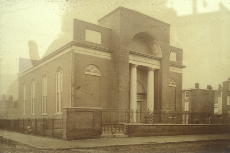